Germany’s football association DFB shares results after using SAP Hana since last year
FC Bayern Munich will begin migrating its core IT systems to SAP Hana this weekend, the football team’s IT lead has revealed.
The 2013 German champions and Uefa Champions League winners are aiming for a “homogenous SAP landscape” based on Hana’s speedy database so they can pull out quick, detailed analysis on customers for marketing.
The business side of Bayern Munich will rely on the new CRM to bring all its IT systems together, including its ticketing system, to give the football club and its international sponsors better visibility across the brand. The team will also use the SAP platform for its sport technologies, including processing data on football player’s performance for training and scouting analysis.
Bayern Munich will begin the move to Hana by replacing its legacy CRM for an SAP Hybris version, which will be hosted by SAP.
“This big, big, big operation will bring all our systems from Bayern Munich headquarters to SAP. In certain test scenarios we reduced IT processing time on our systems by five or 10 times,” said Stefan Mennerich, director of digital media and IT at Bayern.
“Our CRM is working – it is fine, but there are lots of difficulties because we have different systems. If we have the Hybris, the Hana, then the campaigning will work faster and better with a 360 degree view.
“We want to reach our fans wherever they are and whenever they want.”
Bayern Munich has 30 different digital platforms, including websites in eight different languages; it boasts one billion ‘digital touch-points’ with fans per month.
Mennerich said the business is acutely aware of how important its backend systems are. He said: “Our front end, the world people see, is only as good as the back end makes it possible.
“We need Business Intelligence (BI), CRM, enterprise resource planning (ERP), campaigns, services, banks, payment systems with that [SAP Hana] speed.”
Security
Mennerich allayed fears that security may be compromised. He insisted: “Data not on our servers any longer is safe – I am convinced it is safer. Someone could hack Bayern Munich, but to hack a SAP firewall is much more difficult.”
German football association – Hana tried and tested
The next biggest brand in German football after Bayern Munich, its national football association DFB, moved its CRM system to SAP Hana last year.
Speaking after Mennerich at a SAP’s sports systems event last week, DFB’s chief executive Stefan Ludwig said that a year after deploying the software, the organisation is in a ‘stabilisation’ period. It is currently modifying its newly integrated CRM, ticketing system and finance systems that store and analyse transactional and personal customer information on the Hana database.
DFB chose Hana to place the brand firmly in the digital world of business, Ludwig said.
“We realised, like many other football clubs or organisations, we had many issues to arrive in the digital era. We had fragmented web portals and our online presence wasn’t very structured,” he said.
“We had different databases for customer relationship and things were not integrated or communicating with each other. We didn’t know if there was a campaign for one client base and whether we touched the same client again on another campaign.
“We missed many, many opportunities,” he admitted.
Ticketing – big data opportunities
DFB’s CRM system was boosted by a move to internal ticketing systems, Ludwig added.
He said: “We had an external ticketing provider. Things went well – our stadiums were full and we got the money from them; but we didn’t know who was attending the matches. We had no information on the client because that ticket provider collected the data for himself.”
The football association originally tendered for CRM and ticketing systems, but SAP came to the brand with a package that would add finance and control into the entire process. This meant fan’s shopping, tickets, and pricing could all be integrated.
The two-year migration to Hana went live early 2014, and encompassed a change in architecture as the systems moved from a datacentre to an SAP hosting environment.
‘We know everything about the customer’
DFB – which sells half a million tickets per year – can segment customers according to criteria like their location and the value of their purchases across all DFB’s point of sales systems, including ticketing, hospitality and fan shops, Ludwig said.
Click rates on email campaigns have gone up with an integrated email newsletter lists that sends relevant marketing to its fans, and Ludwig reported a boost across all its campaigns since the migration.
Picture: Luka Mucic (SAP chief financial officer, chief operating officer), Karl-Heinz Rummenigge (executive board chairman, FC Bayern Munich), Gerhard Oswald (SAP scale, quality & support), Andreas Jung (marketing, FC Bayern Munich)
www.computerworlduk.com 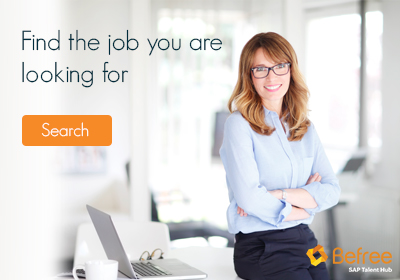